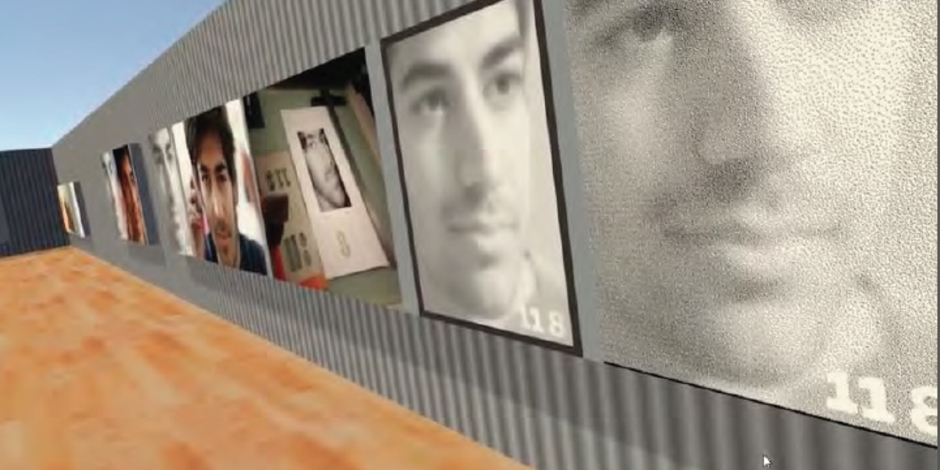 The Swartz-Manning's first exhibit (included in this document) will provide a detailed history of Aaron Swartz Day, including the story of how Lisa Rein and the Aaron Swartz Day community provided friendship and support to Chelsea Manning, before she was released from military prison, in May 2017.

The second set of exhibits, displayed in their own "Leary Wing" of the museum, will eventually provide a complete timeline of Dr. Timothy Leary's life, starting with his birth in 1920. For these exhibits, we are collaborating directly with his son, Zach Leary and his Personal Archivist, Michael Horowitz.
This exhibit also has an AI "Timbot" that converses with the user to help explain the content unfolding around them :-)

The Swartz-Manning VR Museum, Art Gallery, and Fun House will include four different types of installations:

2) A "Fun House" that blends the traditional museum's content within additional media to create an ever-expanding learning game environment, where you can share your learning "trip" with others as a "flashback."

3) A largely experimental Art Gallery platform, with full scale installations by both established & up and coming artists, whose unique virtual reality creations might lead to their mainstream discovery.

4) Educational areas that explain will explain and teach how the museum itself
was built, step-by-step. (Complete with CAD templates to enable artists to exhibit their own creations in VR.)

5) How to create real world "solar survival" technologies, such as building solar power cell phone chargers - or a freshly-invented "Vampire Charger," that actually enables a cell phone to be charged safely from whatever random batteries happen to be lying around after a disaster, while protecting the phone from blowing up from a sudden power burst - for use by the homeless or after a natural disaster.