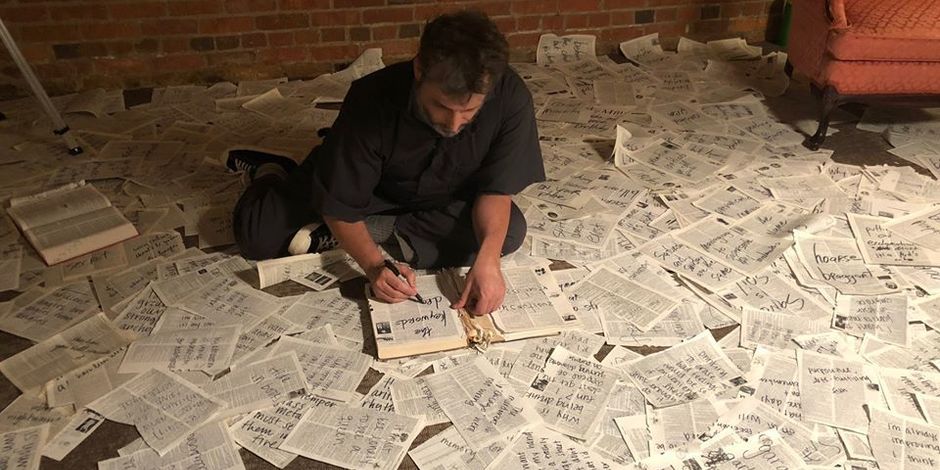 I would like to build, install, and form an informal group of writers to curate a public poetry box placed somewhere in a high-traffic pedestrian area, along the lines of the Fox Poetry Box (https://www.facebook.com/FoxPoetryBox/) in St. Charles, IL. A single poem would be posted in the box for people to read. The poem would change regularly (once a week), and be provided in English and Spanish. The poems would largely be written by poets based in the area. The curatorial group would be inclusive across styles and communities in the area. People would quickly look forward to checking the box for a new poem, would get to know the work of the many poets in the Triangle, and would be themselves inspired to make work to appear there. Physically, it's very simple: a post with a shallow, glass-fronted, weatherproof box mounted on it. I could install solar panels in its top in order to power a small lamp to illuminate the poem at night. The poems would be printed on a small poster-sized page. Overall, the look and feel should be basic, not ostentatious. It should be wooden, painted brightly. I've not thought about a location for the box, nor bothered to speak with anyone about permissions for its location. I would love to work with VAE and/or the Office of Raleigh Arts, both of which I have strong relationships with, on a location and installation logistics. I would like to head up the curatorial group, which would be open to a lot of input from these organizations as well. This would be an open, community project. I know, from a variety of public writing projects, how much people love to encounter a single poem on their own reading terms, and how much lasting pleasure and meaning they get from that encounter. It's not just an Instagram flare; through this box, people would bring a poem into their lives permanently, a few times a year. And people who don't even call themselves poets would want to see their writing in the box too. People turn out to love poems.