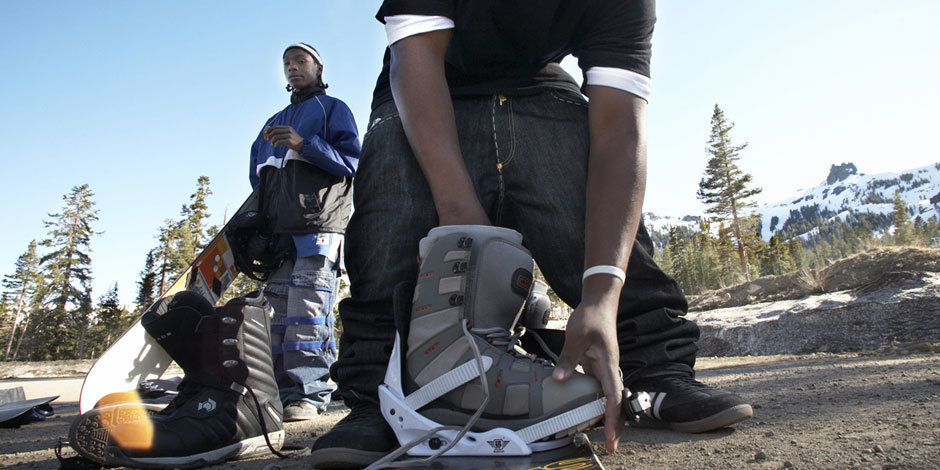 A few years ago I worked at FTC skateboard shop and SFO snowboard shop on Upper Haight. There was always a lot of hood kids hanging around from my neighborhood, the Western Addition.

I grew up in the hood and had a lot of lucky breaks growing up skating with cool older role models and wanted to pass it on.

I got some in-kind donations (snowboard rentals, borrowed pants and jackets, etc..) and threw a couple of parties to raise money to take these kids snowboarding.

(That's me, the scrubby chubby black dude in the passenger seat. We had a cool soundtrack with talking and stuff but youtube cut out the sound for copy right violation. Oops! I put this song in from their archives. It actually works really well. Its an 8 minute movie but I think you should watch the whole thing to really get the zeitgeist of the whole trip.)

I did it for a couple of years but now a lot of my kids have became young men. We helped a few of them get jobs and I was a sanctuary for a couple when times got tough in their group homes.

I now work at Tenderloin Community School with younger ones and Alvarado Elementary School and have little time to raise money with parties.

I have teenagers from The Fillmore always coming up to me asking about "Hoods To The Woods".

A thousand dollars would help a great deal because it is almost our whole budget for a weekend.

Some notes:
Its awesome to witness a 16 year old seeing snow for the first time.
Its awesome when we were riding past Lake Tahoe and some kid says "The ocean look hella big right now", not realizing that we're miles away from the beach because Lake Tahoe looks "hella small on the map!"

The Hoods To The Woods Recreational Program Mission Statement:

“To engage low-income and at-risk youth in San Francisco in outdoor activities. We carry out this mission with the help of volunteers, educators, and community activists who are dedicated to helping teens gain new perspectives through travel, outdoor education, environmental awareness and recreation.”