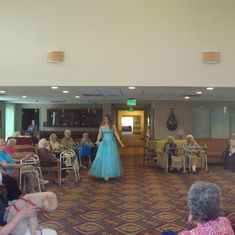 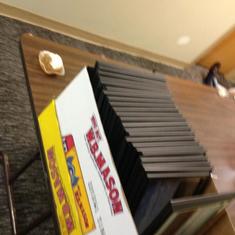 After going on a week-long, summer service immersion trip called JusticeWorx the summer after sophomore year, I was inspired to help the homeless. My peers were helping a woman move from a transitional housing shelter into a house of her own when they observed the bare, unwelcoming, white walls of the house. They wanted to help the woman, but did not know how. In response, I founded Turn House into Home on August 10, 2012. Turn House into Home collects student-made artwork from local schools and donate it to homeless and transitional housing shelters. Turn House into Home has worked with five high schools and three shelters, donating over 160 pieces of artwork. The artwork is given to residents of local shelters, who then take the artwork with them when they move out of the shelter and into a more permanent housing situation. This art provides the residents with a special gift to make their house feel more like a home. With the artwork, Turn House into Home offers residents with more than just decorations; it provides them with hope and a sense of community support. Turn House into Home has touched the lives of many individuals whose spiritual needs are often neglected by society. I also support another group of people whose spiritual needs are often neglected by society, the elderly. I founded the charity The "Senior" Prom Project on April 21, 2013 after visiting my grandmother’s nursing home. My grandmother wanted to see my prom dress so I modeled it for my grandparents. Later, I received a call from my grandmother, asking me to bring a group of my friends to model dresses for the nursing home residents. The “Senior” Prom Project now organizes fashion shows at nursing homes to spread joy to the elderly and create an inter-generational bond between the student "models" and the residents of the nursing homes.