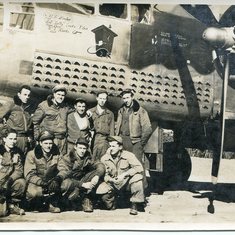 I want to History Bomb the streets. But not with real bombs; with images and words. What average Joe knows that 70 years ago a bunch of bomber boys risked life, limb, and dinner to end World War II in Europe? Who knows that Operation Bingo shut down the rail line between northern Italy and Austria? But most of all, do people know why? Not many. That’s why the guardians of the KBL Family Collection of World War II images and ephemera have granted permission to let us bomb the streets with visual media to create a Strategic Top Secret History Bomb extravaganza. The project uses digitized images from the collection to create a series of slide shows that commemorate the 70th anniversary of the war’s end. But these aren’t just any slide shows. Geared to particular dates and locations around Seattle-Tacoma, the slide shows would appear mysteriously from January to May, cast against building walls as darkness falls. Images and words will combine to connect locations to events during World War II and their international implications. We’ll use a mini-projector with a long-range throw that is strapped to the roof rack of my car. It can be controlled remotely so that there need not be any lurking nearby to make it work. One of the locations we plan to bomb (shhh please, this a Top Secret mission) is the bricked-up site of a ski rental shop in Puyallup once operated by a boy who served in the Air Corps. Other locations in high-foot-traffic areas will be determined as the project progresses. Flexibility and spontaneity is key to success.

These history bombings will focus on the war’s end and invite people to contemplate what life at war was like and what peace is. They will combine images, quotations, and period poetry to invite passersby into the story. And as quickly and silently as they appeared, the history bombings will disappear, leaving no trace except the impact on the hearts and minds of those they touched.