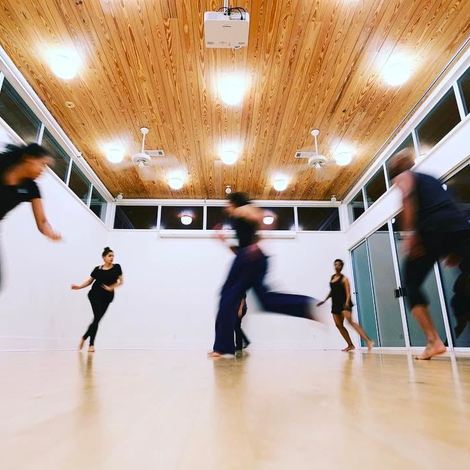 Black lives matter. Black bodies moving on stage matter. Black artists making work together is vital to the health, vitality, and richness of the American
theatre. TwentyEight, our new play, is a necessary piece of political and social theatre born from the Black Lives Matter movement. The production, premiering on August 4, 2017, will involve Austin in a much larger and ongoing conversation about diversity, inclusion and police brutality.

TwentyEight is the Afrofuturistic story of the 6 Black refugees living on Settlement 40.The play takes place in a future world where cities have been destroyed with violent gentrification and the only escape is into space. In the play, people of color have been held on Settlements and forced to build spaceships to take them away from the brutality of earth. What no one knows is where they are actually preparing to go.

TwentyEight is inspired by the Malcolm X Grassroots Movement
research that concluded a Black person was murdered in the USA every 28 hours by a police officer or vigilante in 2012. Incorporating traditional
negro spirituals, hip hop, and step dance, TwentyEight asks, “Who Will Survive In America?”. TwentyEight is an innovative physical theatre piece with
an all African American cast. TwentyEight connects Austin audiences to groundbreaking social conscious theatre.

TWENTYEIGHT is produced by Gale Theatre Company. Gale has brought high quality physical theatre productions & training to Austin since 2013. Our plays have been hailed as the “most astonishing and innovative pieces of theater to come along in Austin in quite a while.” (Broadway World, Jeff Davis). Gale Theatre makes plays that are ensemble driven and super physical. What does that mean? Our work is often described as a hybrid between dance and theatre. We focus on movement as the core of any story. By focusing on movement,we put actor's bodies and their presence onstage at the forefront of how we understand their hopes, dreams, conflicts and inner life.