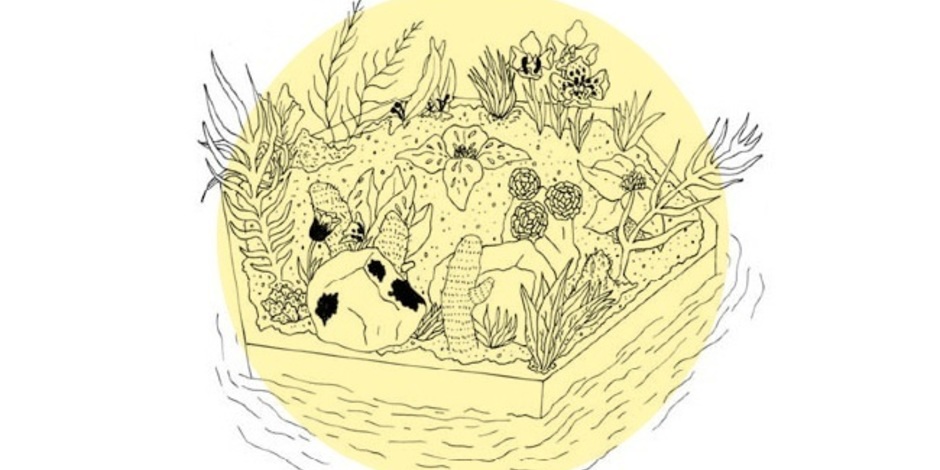 In November 2011, a group of seven artists and MFA students from Carnegie Mellon University embarked on the idea of creating an artificial island that will drift about Pittsburgh's rivers while hosting and facilitating creative projects and performances. Our intent is to help activate the city’s rivers as a venue for cultural events and inspire new ways of looking at what we feel is Pittsburgh’s greatest underutilized resource. By building this platform, we will be able to engage those who would not typically attend traditional “white box” arts venues. Furthermore, we intend to create ties within the arts community by opening the platform to proposals from anyone in the city.

Design-wise, the island consists of a number of floating hexagonal modules or stages, approximately 12 feet across, which can be linked together to create a shape appropriate for the project at hand. The first of several platforms has already been constructed and the second is underway, but we will need additional financial support to complete the project and support programming.

Currently, we are in the process of reaching out to organizations that are dedicated to connecting local residents with Pittsburgh’s rivers, such as Pittsburgh Riverlife. In addition, we are developing plans for community outreach initiatives with the hope of utilizing this platform as a catalyst for public reflection on the future potential of the three rivers.

We have a diverse core team including artists, designers and engineers who work at the intersection of art and science, performance and sound, interactive projects and public art. With respect to the project, our team is dedicated to design, engineering, promotion, social networking, and community outreach. Please visit our blog to find out more about our individual and collaborative projects: http://artbarge.tumblr.com/team

Proposed ideas for the platform so far include a “paddle-in” movie theater, winter desert island, concert stage, museum for objects dredged from the river bottom, miniature campsite, floating cafe, and more. Calls for submissions for guest projects will be open in late March, and our goal is to produce four projects throughout 2012.