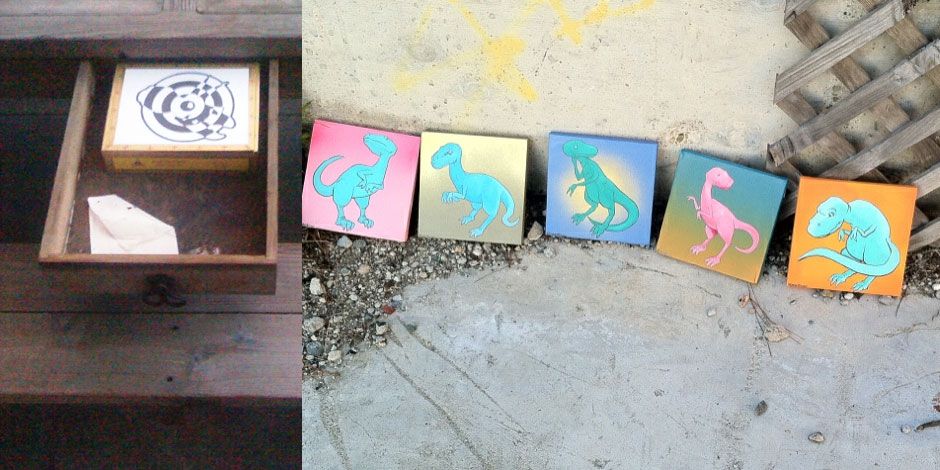 Between September 2009 and February 2010 I painted 100 robots, they can be seen here: http://onehundredrobots.blogspot.com
I took orders beginning in August, crossing numbers off of a chart as they came in. I sold the paintings cheaply ($10 each) and sold out before I had even painted the first 20. It was a lot of fun, and I made about $1000 doing it.
I've been toying with the idea of doing a similar project with paintings of dinosaurs, but 1) I dont really want to go to the trouble of naming them all, mailing them, etc and 2) I dont really want to annoy the people who already know about my art by asking them to purchase another $10 painting. So, I propose that I do the paintings and hide them in places around the bay area, or with the help of friends around the world, whichever cities I can get them to. The site I set up (which would be mirrored on my own blog) would have a picture of the painting, along with some sort of clue that people could follow to try to be the first one to find a free painting. I'd probably hide the first one in the office at the Jejune Institute (www.jejuneinstitute.com) in San Francisco, since I'm friends with those folks, and they were the ones who planeted the seed in my mind to set up some sort of art scavenger hunt.