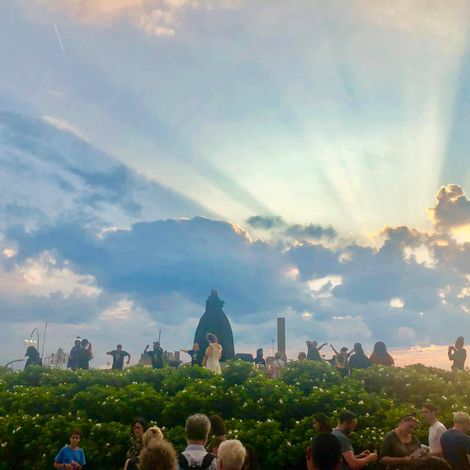 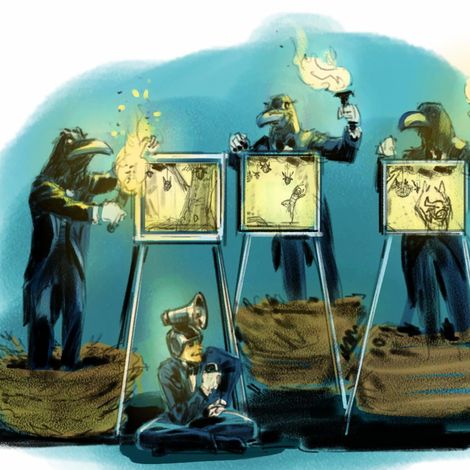 Cabinet of Curiosity is seeking funding to produce the next iteration of its new ritual event, Reflections on Fire. We have been invited by the Chicago Parks District to share this unique production on December 15 at the Damen Arts Plaza along the 606 Trail in Chicago for a new audience.

Reflections on Fire brought together 1000 guests over three nights in July 2019 for a modern-day ritual outdoors, where diverse communities of people gathered together to abandon an old idea. The event included sophisticated puppetry, masks, original music, and audience interaction.
That project was a successful partnership with the Chicago Park District, the 606 Trail, the Blu Collective, and a group of funders.

In December we will take what we learned over the summer, carve out what was most effective and impactful, and add new exploratory, experiential elements. These include a number of moving scrolls (cantastoria) of illustrated myths lit by fire.

In addition to the artists participating in this production, our Ritual Apprentices are a crucial element of the piece’s success. The apprentices are college students selected to participate in a program, creating dialogue around public celebration, the power of ceremony, and world ritual.

One of the summer’s Ritual Apprentices, Rebecca Husk, said of the summer experience: “Cabinet of Curiosity doesn’t just foster community in people witnessing their events--creating the ritual is in and of itself an act of love and fellowship.”

The goal of our work is to create unlikely collaborations which breed difficult dialogues that manifest into relevant conversations, meaningful exchanges, hopeful participation, greater self-awareness, and modern ritual and ceremony. Ultimately, we aspire to teach empathy to team members, collaborators, and audience.