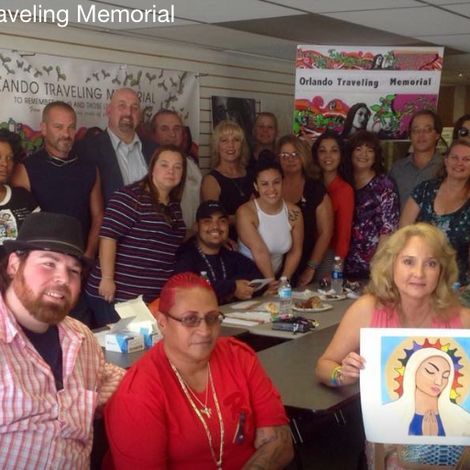 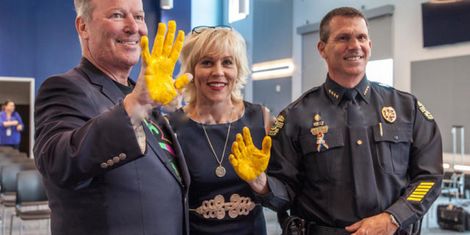 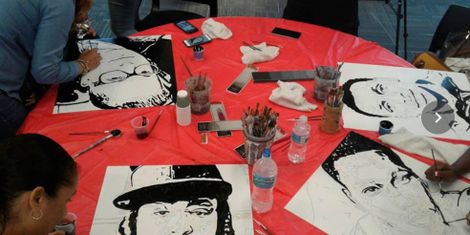 The Orlando Traveling Memorial is a 100+ foot mural wall, to be built with donations, that will travel the country to "Remember the 49 and Those Left Behind."

On June 12, 2016, the largest single massacre in U.S. history occurred in Orlando, Florida at the Pulse nightclub. Much like the 9/11 World Trade Towers terrorist attack, when Pule was hit our hearts were broken in Orlando and the U.S.

This multi-faceted project begins with survivors and families painting portraits in a paint-by-numbers style of the loved ones they lost that night. It extends to the collection of thousands of hand prints of police, first responders, medical personnel, officials, local citizens and others who aided that night and beyond.

Survivors are also recording audio stories, poems and songs. Using Near Field Communication (NFC) behind each painting we will amplify a lights display that will add another element of beauty at night.

The project is an offering of healing, hope and understanding to the community, nation and world as a result of the horrendous events of that night.

It will also bring together survivors who feel left behind and give them opportunities to reconnect and heal.

The memorial will be in Orlando, near the site of the attack, for a year and will then travel to cities throughout the U.S. to serve as both a memorial to those lost and a reminder of the transformative power of love and forgiveness.

Contributions to this project will insure that the 49 we lost will never by forgotten and the love that surged through the Orlando community after the tragedy will be held up as an example to cities around the globe about how to cope with the incomprehensible.