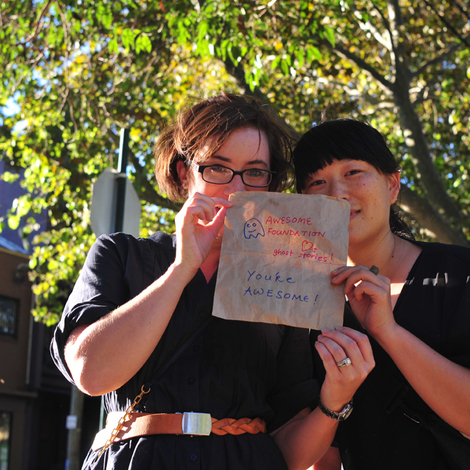 A gothic play set in the alleys of Surry Hills uncovering its dark history. It will take the form of an audio walk. A listener will download an audio track or app of the play. Wearing headphones they hear the story play out on the streets they are walking, referencing landmarks and features they pass.

The walk will use binaural sound recording. This is made with two microphones positioned near a person's ears so the recording replicates how you normally experience sound. The technique is more immersive then normal recordings enabling the listener to feel that they are walking in the story rather then just listening to it. A man could whisper in your left ear, a horse might suddenly exhale just behind you, the sound of drinking might seem as if it is coming from your own mouth.

The setting of the sound walk will be in contemporary Surry Hills but will go back in time to the early 1900s of plague quarantines, rat catching was a lucrative job and the war was seen as a “restricted holiday” out of the Surry Hills slums. The streets were run by fashionable young gang members. And the Chinese living in the area were a dying community following restrictive immigration policies and problems with gambling and opium dens.

The walk will follow two cousins of Chinese descent as they try and find the home of their ancestors. They hope to make an offering to be rid of a hungry ghost troubling their families. Hungry ghosts are spirits that return to take what they can if sufficient offerings haven't been made by their living relatives. They recount old family stories to try and locate the home and as the stories are told the listener goes back to the early 1900s. The focus of the story will be on the early Chinese of the Surry Hills community, a point of view rarely explored.

When all episodes are completed they will be delivered via mobile app.