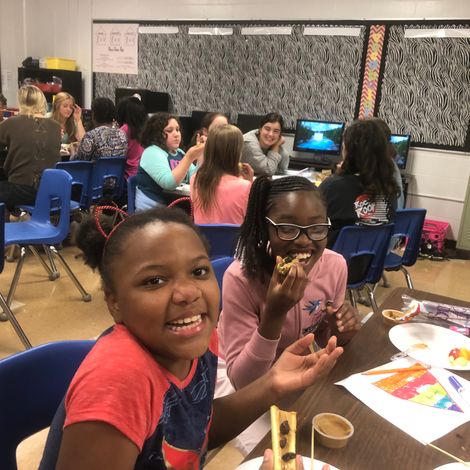 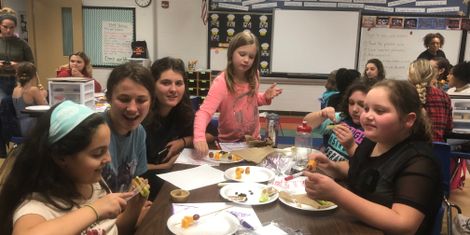 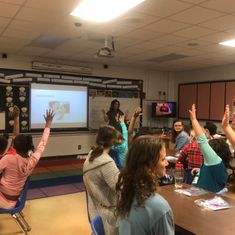 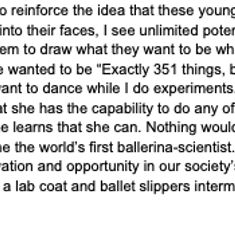 She Became, founded in 2016, is an after-school program for
fourth and fifth-grade girls that is run by female college students. Each week has a theme of a different career path with a guest speaker, but the focus of the program’s outcome is not to make girls want to be doctors or lawyers - it is to make girls confident. The primary goal is to instill a sense of capability in young girls that live in a world where men still hold the majority of leadership roles. Too often girls that have strong voices and opinions are labeled as “bossy” and have been taught to remain quiet. We encourage them to instead utilize their skills to become the strong leaders we aim to show them they can be.

I started this program to reinforce the idea that these young girls actually can do whatever they want. As I look into their faces, I see unlimited potential, these girls are incredible. At our first meeting, I asked them to draw what they want to be when they grow up. One little girl, Charlotte, told me that she wanted to be “Exactly 351 things, but mostly a ballerina and scientist- at the same time. I want to dance while I do experiments.” I want Charlotte, and all other girls like her, to know that she has the capability to do any of those 351 things. I hope my program is the place where she learns that she can. Nothing would be better than to see Charlotte graduate and become the world’s first ballerina-scientist. Inspiring girls to achieve their goals opens the door for innovation and opportunity in our society’s future - a future in which any woman can be outfitted in a lab coat and ballet slippers intermittently.

Recently, we were recognized by the Clinton Foundation, and since then we have been quickly growing. We are currently operating in 2 schools in the Jefferson County Public School District with plans of growth. I hope to have She Became in 10 schools by 2020.