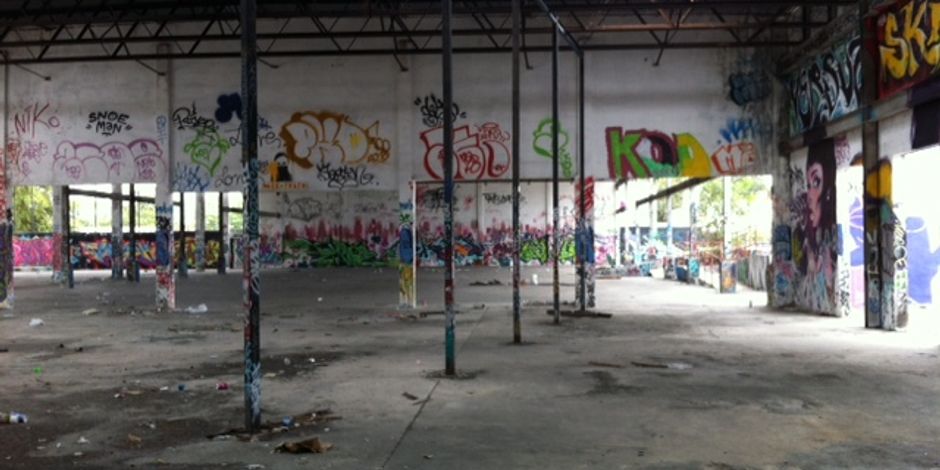 This project is being organized by C.R.A.F.T. with the support of several international and local artists, as well as one of Miami’s biggest professional skateboarders. Our goal is to revamp Wynwoods abandoned RC Cola Factory, an un-used and relatively large space, by turning it into the Wynwood Paint and Skate pop-up park: an art-based skatepark for locals and at-risk youth.

Both graffiti and skateboarding are regularly used as outlets for at-risk youth. Without a local place for both participants to showcase their talents, the mediums often lead to heightened criminal activity and sometimes death.

Currently, there are more than 13 million skateboarders in the U.S. with an increase of 10% participants per year since 2010, making skateboarding the fastest growing sport in the country. In terms of graffiti, the Wynwood neighborhood remains one of the biggest graffiti and street-art districts in the world. Still, there are currently no safe places for local muralists to work, and there are currently no major skateparks within a 22-mile radius.

The Wynwood Paint and Skate pop-up park will function as a 3-day event during Miami’s 2013 Art Basel festival in order to showcase Miami’s need for a permanent space on-site. Our partner artists and skateboarding professionals will act as mentors for the young, participating skaters and artists.

Ultimately, we aim to create a venue that will function as a place for youth from both worlds to learn, create and play in a safe and controlled environment, while creating a much needed public space for residents to enjoy.